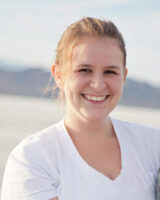 Emile Gibson graduated from Brigham Young University in 2008, where she studied management, with an emphasis on youth and recreation programs. During her undergraduate studies, Emile interned in different levels of management with the Girls Scouts of the United States of America in Northern Virginia, and the Boy Scouts of America in Jackson Hole, Wyoming before graduating and becoming a stay-at-home mom for several years. In 2012 she made a shift to become a licensed independent financial planner, which she enjoyed for seven years before returning to homemaking full time. Emile is the mother of six children, all students at Monticello Academy with the exception of the youngest who is still at home. Emile has been volunteering at Monticello Academy since 2014 in varying capacities, most recently as the president of the Highbury Campus Parent Council, and also works part time as a substitute teacher at the Highbury Campus.